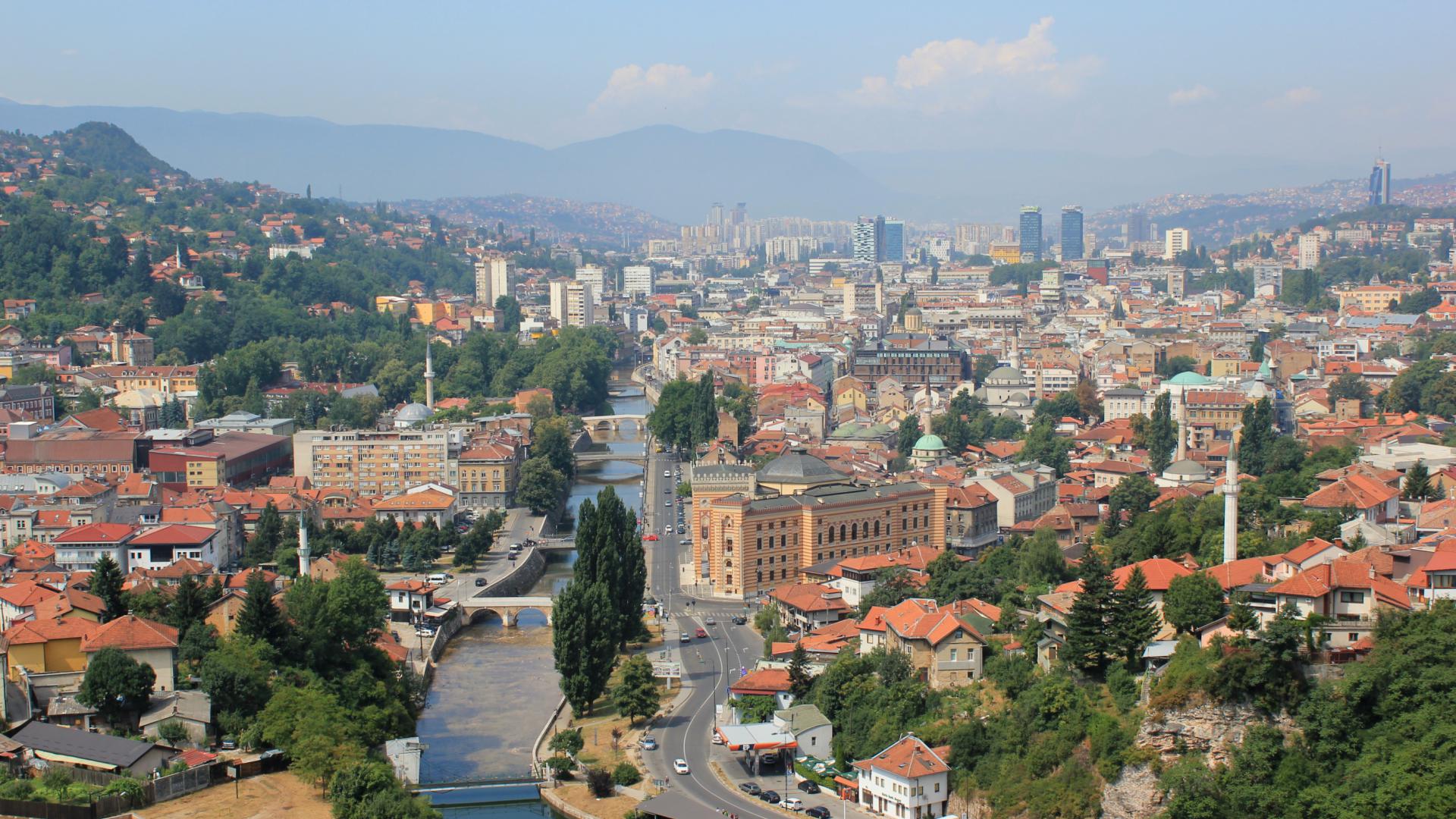 AGAINST the background of delays to European Union expansion, the European Bank for Reconstruction and Development is stepping up its activity in the Western Balkans region, including supporting major connectivity projects that may help smooth the way towards a closer relationship with the neighbouring EU.

The heads of government from Serbia, Bosnia & Herzegovina, Montenegro, Kosovo, Albania and North Macedonia were all present in London on February 24 for the EBRD Investment Summit 2020.

The meeting was opened by EBRD president Suma Chakrabarti and the Prime Minister of Croatia, Andrej Plenkovic. Croatia is the current holder of the European Union Presidency.

"The EBRD sees the Western Balkans as a priority region and our goal is to unlock its potential by supporting a higher rate of sustainable economic growth as well as its regional and its European integration,” says Chakrabarti.

With the EU delaying giving the green light to start negotiations on future membership with North Macedonia and Albania, those two countries plus Serbia have set up their own “mini-Schengen” free trade zone to minimize bureaucracy and guarantee the four EU freedoms – free movement of people, products, goods and services through their territory.

According to the three countries, this is their best hope to show private investors and the world that they can provide a bigger investment space and the unified administration and stability that investors want to see.

At the summit held at EBRD headquarters the three prime ministers of those countries talked of the importance of this initiative, as well as of all the region’s connectivity programmes in transport and infrastructure and digital transformation, and urged their colleagues in Kosovo, Montenegro and Bosnia & Herzogovina to join them in their “mini-Schengen” effort.

Inside the EU, the Schengen countries have eliminated border controls, and people and goods can move without identity checks.

The European Union is currently involved in a very slow moving process that could eventually lead to Western Balkans countries joining. But with voter concerns about mass immigration, and populist parties on the rise, questions remain about whether the EU is actually in the position to admit new members.

French President Emmanuel Macron is particularly wary of further EU enlargement, and at a meeting last October effectively blocked the way for negotiations to get underway with North Macedonia and Albania.

Official candidate countries are North Macedonia, Albania, Montenegro and Serbia from the Western Balkans, as well as Turkey. Bosnia & Herzegovina and Kosovo are categorized as potential candidates.

EU enlargement is one of the major themes for the Croatian Presidency, and in May it will host the Western Balkans Summit.

At the London meeting Croatian Prime Minister Plenkovic spoke about Croatia’s efforts to facilitate and accelerate the path of all Western Balkans neighbours towards EU membership.

In addition to setting out the overall vision for the region, progress with regional and European integration, as well as opportunities for investment in the Western Balkans, there was also a discussion panel on “Green Energy in the Western Balkans” with policymakers, private sector investors and financiers.

The EBRD fosters the transition towards market economies in countries from central and eastern Europe to central Asia and the southern and eastern Mediterranean. Its mandate may be distinguished from that of other international financial institutions in that it has a political character - and may only carry out its purpose in those of its recipient member countries which are “committed to and applying the principles of multiparty democracy, pluralism and market economics”.

The EBRD has 69 countries as shareholders, in addition to the European Union and European Investment Bank. China became the 67th shareholder in January 2016, and though China does not receive EBRD funding, Chinese companies are enncouraged to become involved in investments, and apply for procurement and consultancy opportunities associated with projects.

Beijing hosted the EBRD Central Asia Investment Forum in November 2018, and in 2016 the EBRD and Asian Infrastructure Investment Bank (AIIB) signed up to a joint project for a motorway connecting the Tajikistan capital Dushanbe with neighbouring Uzbekistan.

With regard to the Western Balkans, the EBRD is one of the largest institutional investors in the region, with close to 13 billion euros invested to date.

In mid February the EBRD announced a US$50 million loan for the rehabilitation and upgrade of three roads in Albania, in order to facilitate tourism development, support closer economic regional integration and enhance road safety.

The loan includes work on a 47.1 kilometre road section between the village of Zgosht and Ura e Cerenecit in eastern Albania.

To date, the EBRD has invested nearly 1.4 billion euros in 96 projects in Albania. The bank’s strategy in the country focuses on private-sector development, enhancing infrastructure and promoting sustainable energy and environmentally sound investments.

Last December the EBRD approved a 58 million euro loan to help finance the construction and operation of the 105MW Bajgora wind farm in the north of Kosovo, which currently relies mainly on lignite for electricity generation. The loan provides 50% of total project cost, with the rest provided by Erste Group Bank and NLB Bank, both benefiting from cover provided by the German export credit agency Euler Hermes.

In Serbia the EBRD had a record year in 2019 with 516 million euros of new financial commitments. In total, the EBRD signed more than 20 new projects and registered the highest investment volume in the country since Serbia joined the EBRD in 2001.

To enhance the competitiveness of the private sector, the Bank channelled 226.2 million euros in credit lines to commercial banks for on-lending to local small and medium-sized enterprises (SMEs).

The EBRD committed financing for the rehabilitation of the 40-year old Vinča landfill in Belgrade and the construction of waste-to-energy facilities. The EBRD contributed a 72.25 million euro loan to this milestone project and mobilized 35 million euros provided by Erste Group Bank AG under the A/B loan structure, and 21 million euros in concessional finance funded by TaiwanICDF.