Despite “Phase One,” US-China trade dispute likely to linger 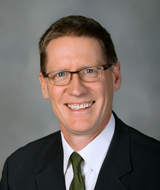 MARKETS have been celebrating the US-China “Phase One” trade deal, with equities on both sides of the Pacific leaping higher. Economists are also penciling in slightly higher projections for Chinese economic growth, exports and sagging factory gate prices. But they might keep their erasers handy, and those driving up global stock prices based on trade headlines should buckle their seat belts.

The median forecast of around six dozen economists in a recent Bloomberg survey puts China’s growth in 2020 at 5.9%, up a tad from 5.8% before the trade accord was announced. While both China and the US have much to gain from a de-escalation in the trade dispute, including abundant long-term investment opportunities, tensions are likely to ebb and flow on a number of bilateral issues, depressing or boosting emerging market and developed world sentiment along the way.

The trade conflict, for example, appears to be morphing into a technological competition. Other issues include China’s maritime border claims, the protests in Hong Kong and recently approved legislation that could result in sanctions if Washington concludes the island’s autonomy under the “one country, two systems” Sino-British Joint Declaration has been violated.

“National security has bled into basically every aspect of the economic relationship,” former US Treasury Secretary Hank Paulson told Bloomberg last December. Pundits may talk about a new cold war developing between the world’s two-largest economies, but “there is no way this a Soviet-style cold war,” noted Paulson, who referred to China as a “strategic competitor” to the US. “China is very integrated into the global economy. China is the number one manufacturer; the number one trader; (and) a big exporter of capital.”

Much is at stake in the bilateral relationship alone. The US and China are each other’s largest single trading partners, with total bilateral trade running close to US$700 billion at end 2018. Although Chinese investment restrictions have limited foreign portfolio flows into the Asian giant, the stock of US foreign direct investment (FDI) in China amounted to US$116.5 billion in 2018, while Chinese FDI in the US hit just more than US$60 billion, US Bureau of Economic Analysis data show.

Washington’s increasingly oppositional posture toward Beijing could cost US businesses dearly, warned Chas Freeman, Jr, a former US ambassador and senior fellow at Brown University. “By trying to reduce US interdependence with China, the Trump administration has inadvertently made the United States the supplier of last resort to what is fast becoming the world’s largest consumer market,” Freeman warns. “One side effect of the new handicaps US companies now face in the China market is more effective competition from Chinese companies, not just in China but in third-country markets, too.”

Beyond the impact on end-market demand, the trade dispute also spurs companies from various sectors to consider where to invest and how to organize their supply chains, says Thornburg portfolio manager and chief investment strategist Brian McMahon. It also appears to have prompted Chinese authorities to support less efficient domestic producers in a bid to boost its labour market and sustain economic growth at close to 6%, he adds in a wide-ranging Q&A on the year ahead. As China’s contribution to global growth is the world’s single largest at close to 30%, Beijing’s push to keep the country’s economy chugging helps worldwide growth. But the supply-side push may also be deflationary, if last year’s return of its producer price index into negative territory is indicative of a broader trend.

US-China tensions will flare and recede as political and economic relations adjust. But if the playing field levels through newly established intellectual property protections and effective enforcement mechanisms, a retraction of tariffs and steadier relations should set in. Given shared interests, from global stability to climate change, there’s reason for optimism. For investors in both the US and China, where a growing number of world-class companies are providing goods and services both domestically and abroad, the opportunities are enormous.

“Twenty years ago, there were 1.3 billion Chinese; some 900 million of them lived on farms and 400 million or so in cities. It hasn’t entirely flipped since then, but they’re making it happen. In my mind, that’s the big wave of history we're experiencing,” McMahon says. “To accommodate that urbanization, the Chinese government had to create jobs and modernize the economy. And they've pretty much done that in just two decades. It’s absolutely amazing.”